Romania, a Latin island in a Slavic sea

Romania is vibrant latin country located in South Eastern part of Europe, down by the Black Sea.

Romania is split in three unofficial provinces: Transilvania (the green one), Moldova (the red one), and Valachia (the blue one).

Officialy Romania is split into 41 counties, each with its own municipality (usually the largest city in the county will be its municipality, akin to a county capital).

Also our neighbor on the East side, Moldova, and Bukovina in the North (now part of Ukraine) used to be part of Romania and people living there still speak Romanian. 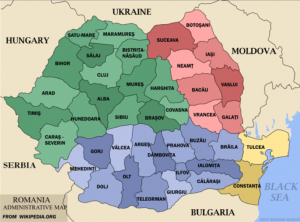 If you are a stickler about historical accuracy, Romania is divided into more than three regions.

Also what is considered now Republic Of Moldova, it was called Basarabia when it used to be part of Romania.

Each region has its own cultural specific when it comes to folk music and traditional costume, linguistic accent, and so on. 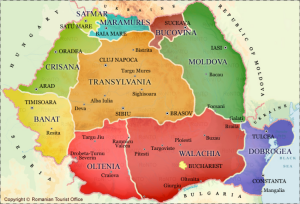 If you are not a stickler about historical accuracy, you can get away with a simpler way of delimiting the provinces. This is the most common and contemporary delimitation of Romanian provinces and cultural regions. 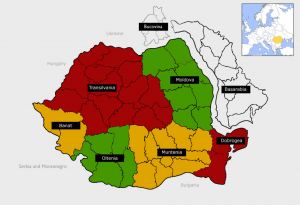 CURRENCY New Romanian Leu (RON). As of September 2016, this is the latest conversion rate. 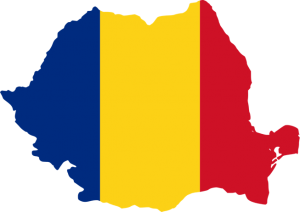 NATIONAL DAY December 1st 1918 (Bucharest, the current capital, Alba Iulia, the city where all the Romanian provinces were united for the first time in 1601, Timisoara, the city where the 1989 Revolution started, are hosting impressive military parades)

FRENEMIES the Hungarians (a frenemy is a friend you love to hate and in this context it means Romanians have a lot of jokes about Hungarians, just like Swedes joke about Norwegians) 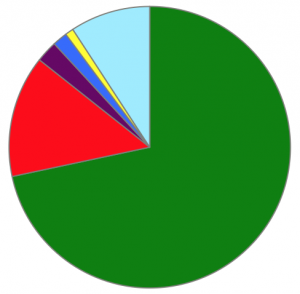 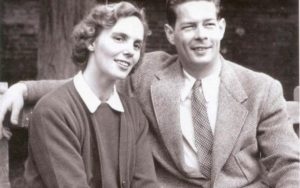 King Michael and Queen Anne of Romania, exiled in 1947 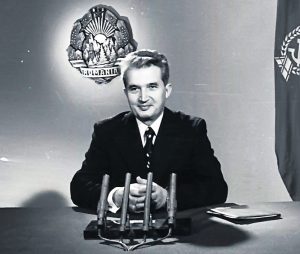 Romania is the second most religious country in Europe after Macedonia according to Huffington Post. 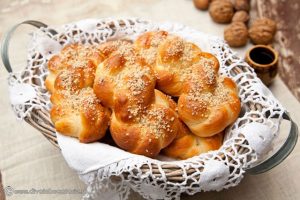 March 1st: first day of spring
March 8th: womens/mothers day
March 9th: 40 saints (pastries in the shape of number eight and dipped in honey and shredded walnuts are served on this day)

Labor Day: May 1st
National Day: December 1st
All religious holidays (Easter, Christmas, St Maria, St Constantine & Elena, and so on)
Sundays (it is sacrilege to do laundry on Sunday or any other important religious holidays)
Name day is a big thing and friends and family are expected to call you on your name day to catch up and wish you the best. For instance if you name is Elena, your name day is St Constantine & Elena on May 21st. 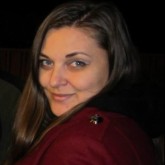